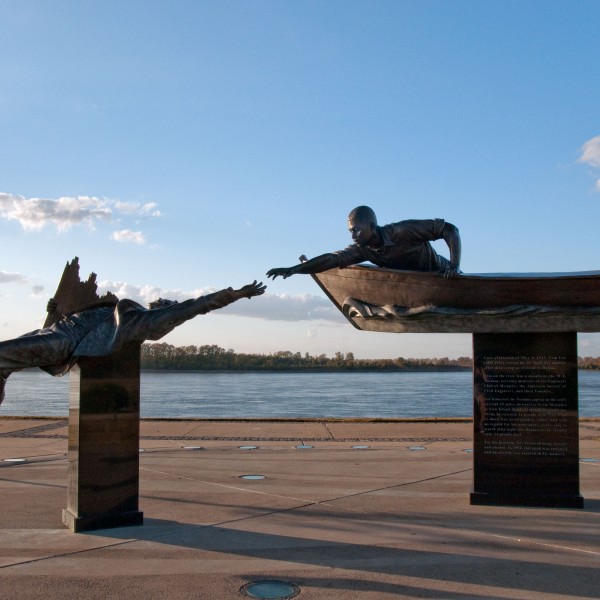 A man in a boat reaches to a man on a piece of wreckage. The plaque on sculpture reads: “Late afternoon of May 8, 1925, Tom Lee (1885-1952) steered his 28′ skiff Zev upriver after delivering an official to Helena. Also on the river was a steamboat, the M. E. Norman, carrying members of the engineers Club of Memphis, the American Society of Civil Engineers, and their families. Lee witnessed the Norman capsize in the swift current 15 miles downriver from Memphis at Cow Island Bend. Although he could not swim, he rescued 32 people with five trips to shore. Lee acted quickly, calmly and with no regard for his own safety, continuing to search after night fell. Because of his efforts only 23 people died. For his heroism, Lee received many honors and awards. In 1954, this park was renamed and an obelisk was erected in his memory.”  This sculpture was dedicated on October 19, 2006.