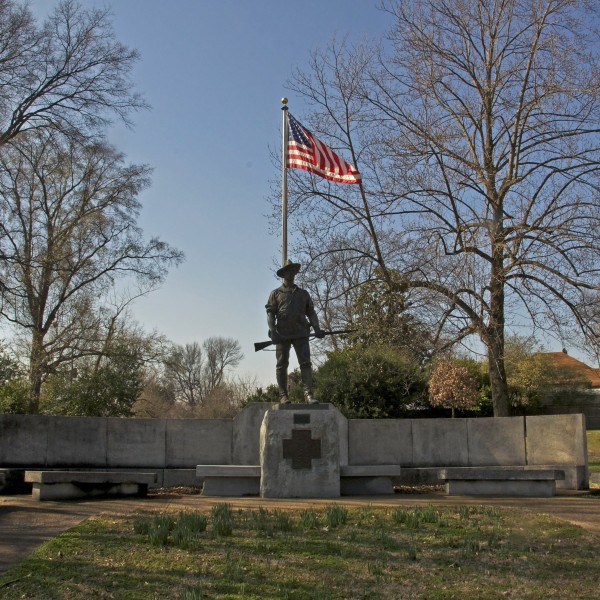 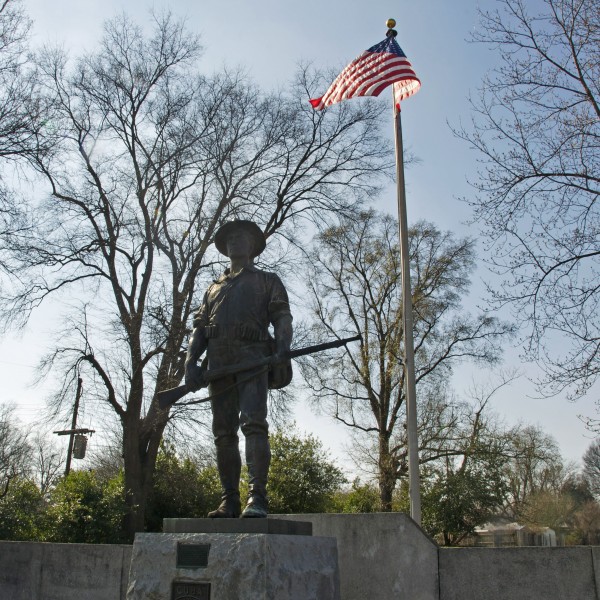 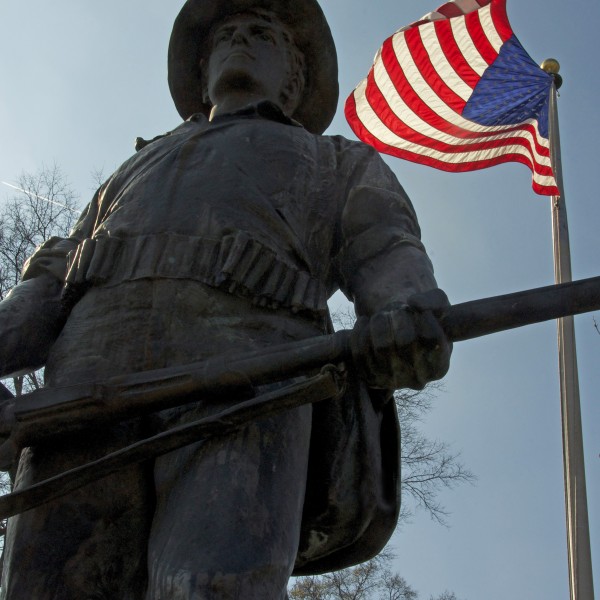 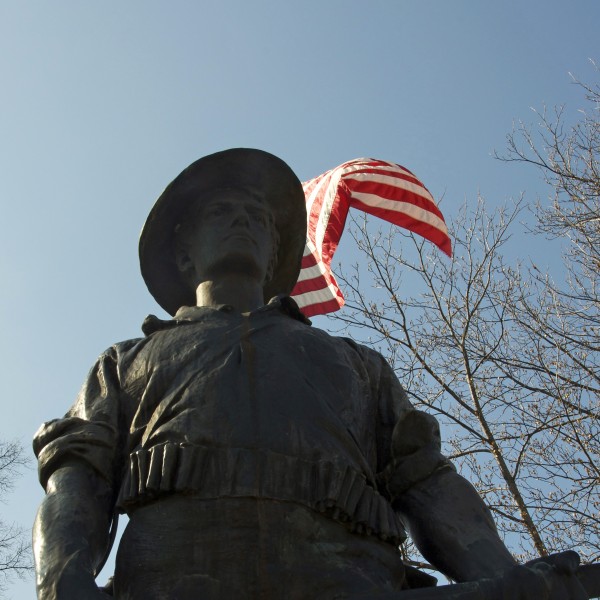 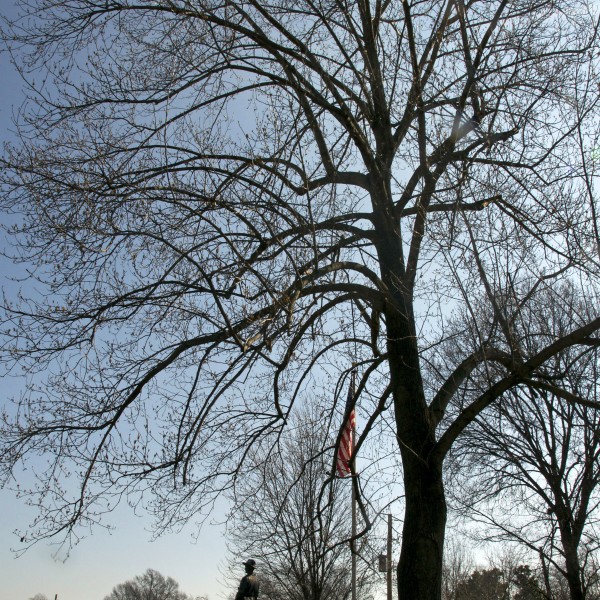 A statue depicting a soldier of the Spanish-American War with the American flag high overhead. The installation commemorates American soldiers in Spanish-American War, the Boxer Rebellion (China), and the Filipino-American War. The first version was created in 1906 for the University of Minnesota, at least 50 copies were made. The Hiker was erected in Spanish War Park with funds raised by the Spanish War Veterans of Memphis, led by Commander Fred Bauer.