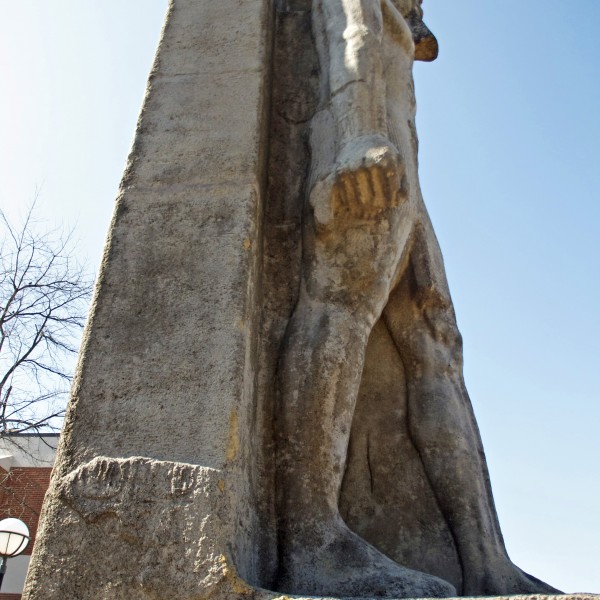 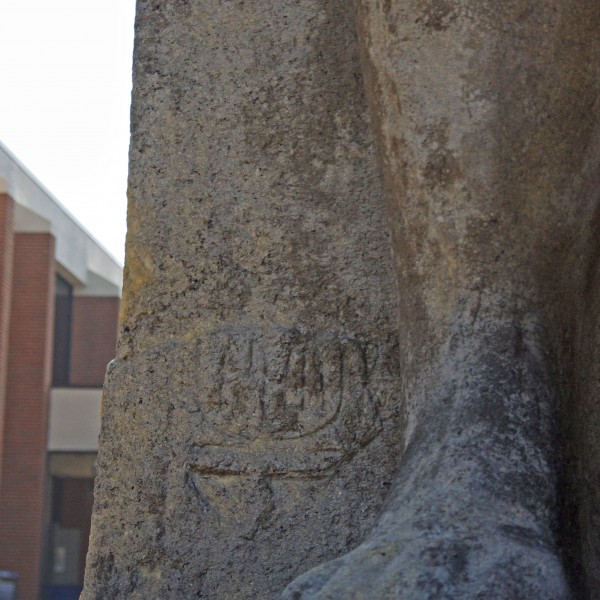 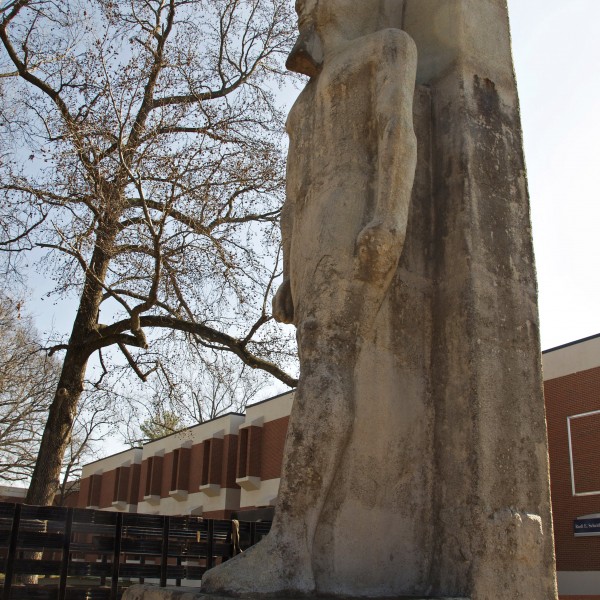 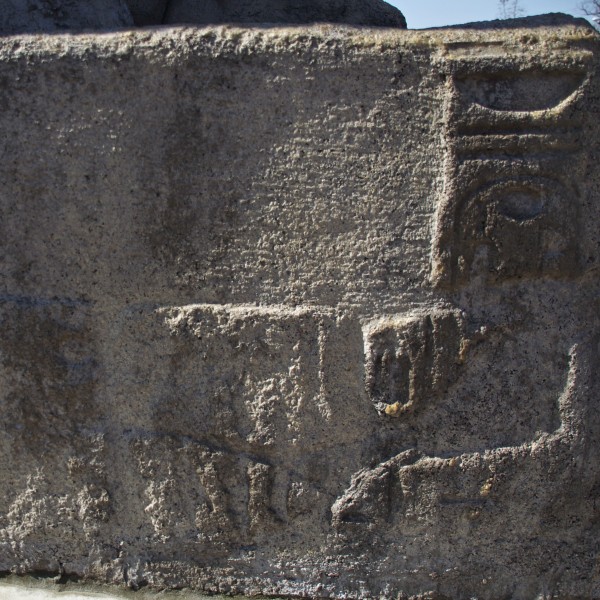 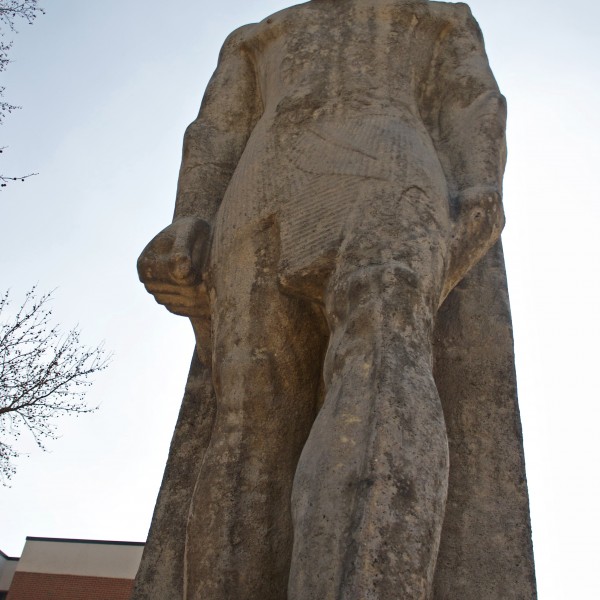 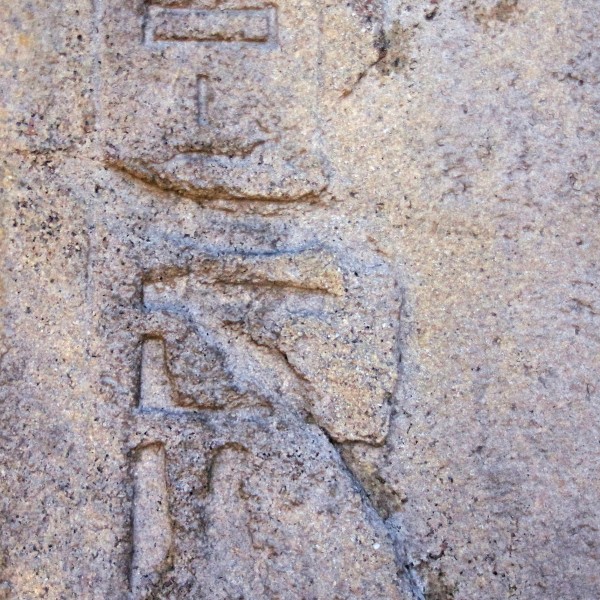 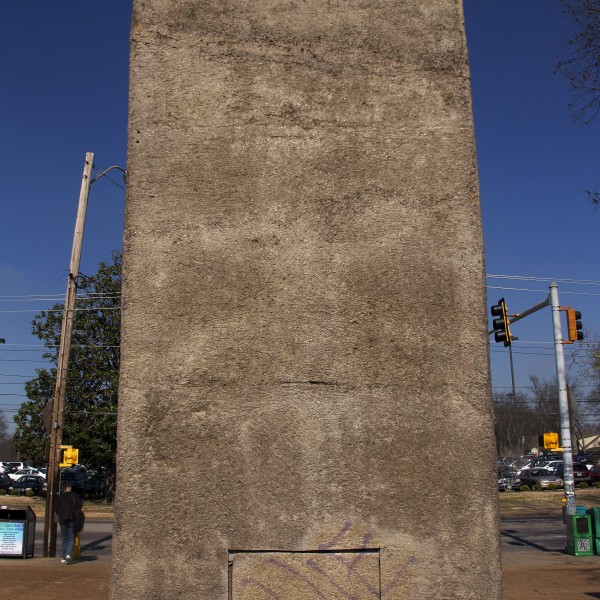 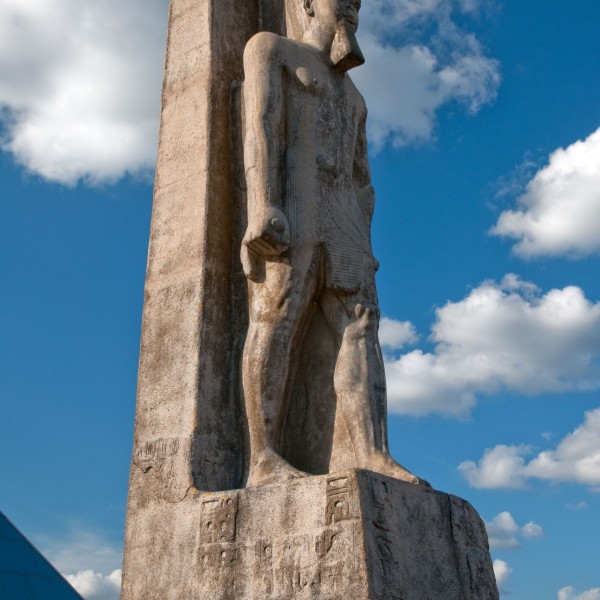 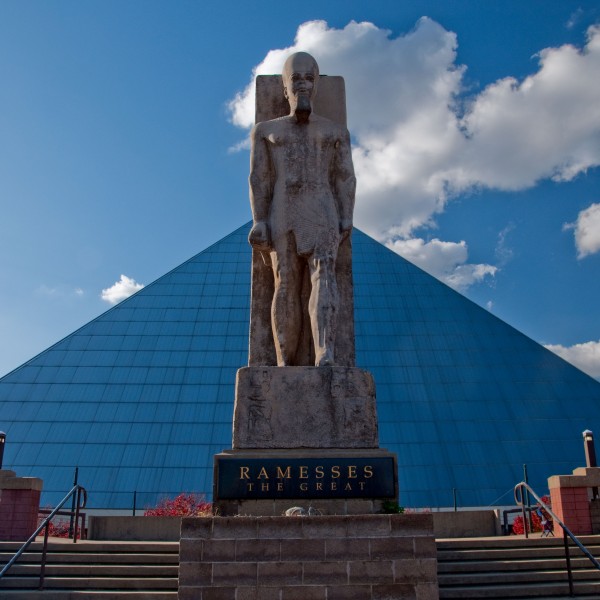 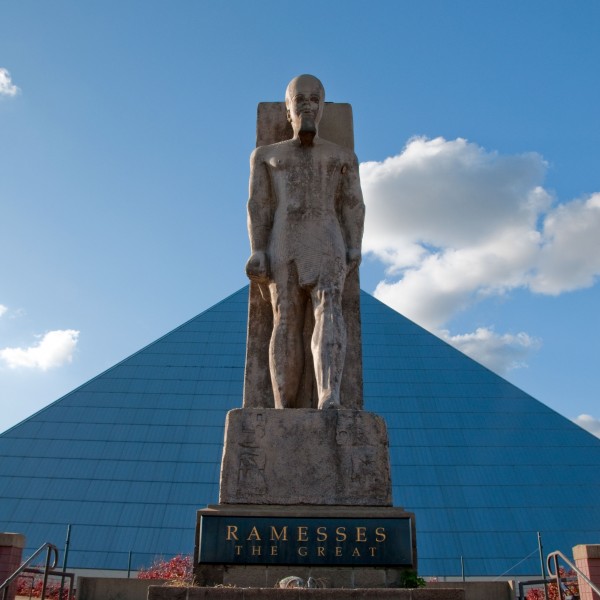 The statue was first shown in Memphis in 1987, as part of the “Ramesses The Great” exhibit. City officials found pieces of the original statue in a ditch in Egypt. The original was refurbished by Coca-Cola and shown in the exhibit. Later, the Egyptian government gave the city permission to reproduce the statue. The reproduction was installed outside of the Pyramid in downtown Memphis. In 2012 Bass Pro Shops bought the Pyramid and the statue was moved to the University of Memphis.