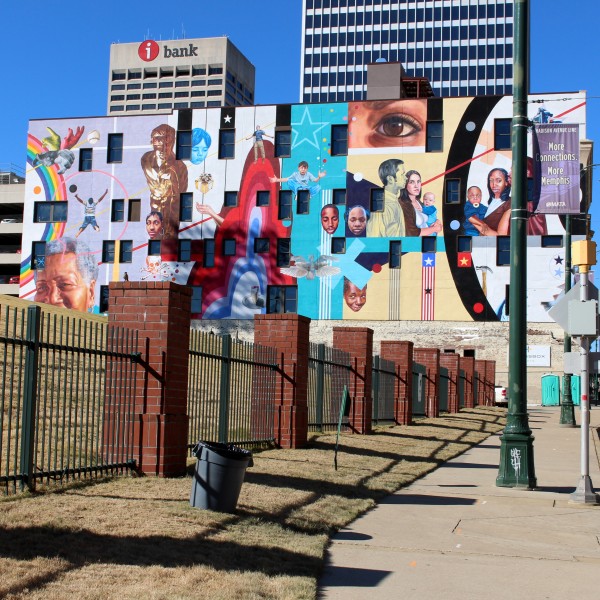 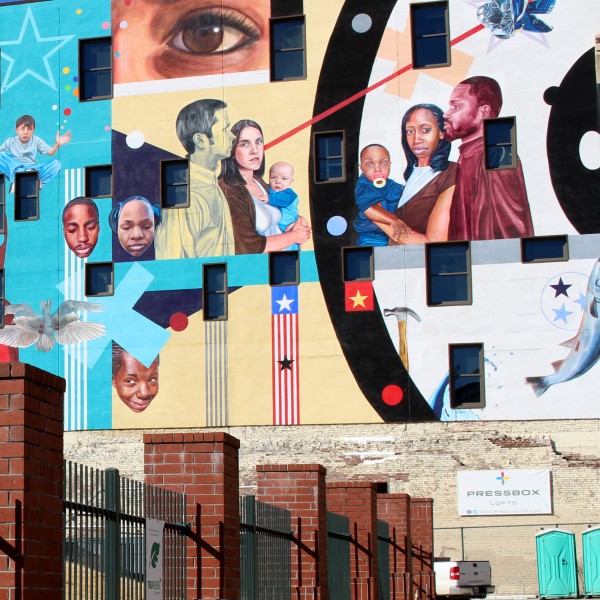 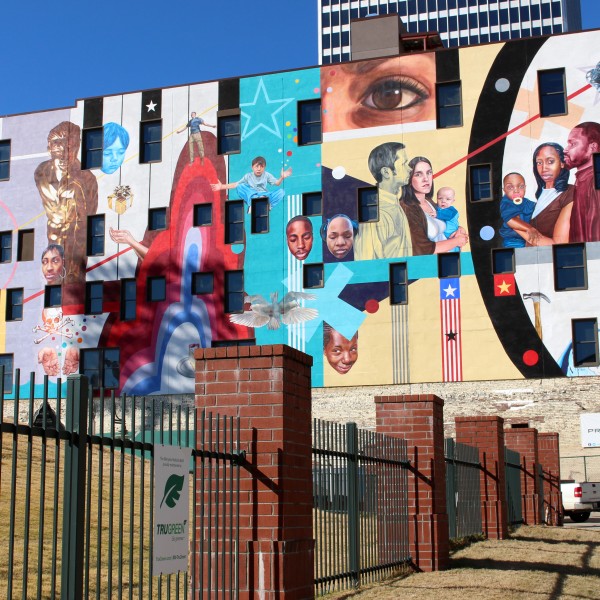 A Note for Hope

Jeff Zimmermann, assisted by Rhodes College students and CODA staff, painted an original, five-story high mural on the east side of the vacant building located at 195 Madison Avenue. Owned by Rhodes trustee Wilton “Chick” Hill, the mural is visible from the stands of the Memphis Redbirds stadium. The project was developed by the UrbanArt Commission working with Rhodes students, offering students an apprenticeship in public art planning. In essence, this project is the result of an extended class project.

In 2008, CODA students conducted a national search to commission an artist to depict a theme relevant to Memphis’ history and culture. In addition, a meeting was held between Rhodes′ students and a community panel to discuss what themes they felt should be represented and what conversations they felt should be sparked from the mural. After Zimmermann’s selection, these ideas were sent to him, not as guidelines, but as a starting point.

In a letter to the city of Memphis about the project, Rhodes College’s Center for Outreach in the Development of the Arts said the mural is not intended to be about the city’s past, “but to begin a conversation about moving Memphis forward.”